Making a Difference – Mentorship for Equity, Diversity, and Inclusion in Business

Home » News » Making a Difference – Mentorship for Equity, Diversity, and Inclusion in Business 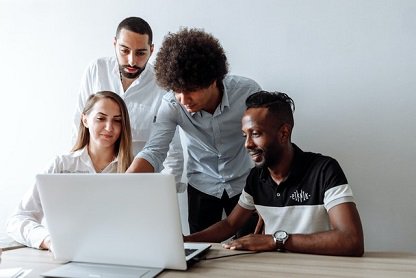 Building and sustaining a business is challenging in any industry. Whether your company is an entrepreneurial startup or an established business, having the right team is critical. And by building a diverse and inclusive team, you can incorporate new ideas and learn from different experiences and skillsets.

Many studies have shown that a diverse and inclusive workplace can lead to gains. One such study focused on the 2009 recession; it found that companies that pursued equity, diversity, and inclusion (EDI) as the economy began to recover realized a 14% increase in performance over their competition and peers. Other studies have repeatedly uncovered similar benefits in growth and performance.

Just as critical to business growth is the concept of mentorship. Mentorship can take the form of one-on-one advising for a new business leader, or it may be an internal program that takes many different forms. The goal of mentorship is to build, encourage, and nurture new leaders and inject new ideas where they wouldn’t have happened otherwise.

Just as EDI’s importance in business has been repeatedly proven, so too has mentorship. One such study shows that in new and startup businesses where the owner had an active mentor, 70% of those businesses survive longer than five years, bucking startup statistics overall.

Many companies pursue these two paths to improved company performance and growth as separate initiatives. But there’s a strong case for developing mentorship programs designed explicitly for EDI. Doing so makes a difference in the lives of the business owner, the community, and the industry it participates in.

First, the unprecedented disruption of COVID-19 has driven many to work from home. This could seriously impact women and people of color who may suddenly have been cut off from informal resources in the traditional workplace where they had access to guidance and new learning opportunities, even without a formal EDI structure. This could push back gains of the scale found in the study above of the 2009 recession.

A better course would be to recognize the gains of solid EDI programs and put the power of mentoring to work to preserve ground gained and drive it even higher. Identifying the power of diversity and harnessing it for business growth – and creating new avenues for those within the program for entrepreneurship on their own – only makes sense.

Second, mentorship of EDI candidates can bring revolutionary new ideas to any industry. A case in point is entrepreneurial companies whose leadership comprises women or people of color, such as Farm to Flame. Founded by a Syracuse student from Ghana and group-mentored by SecondMuse, the company takes farm waste biomass and converts it to carbonless power generation for small businesses.

With the exploding growth of microgrids, most of which are heavily focused on renewables (and some exclusively so), such ideas can immediately impact the microgrid technology and business model ecosystem, bringing new ideas and innovation to the table.

Combining the power of diversity and new ideas with the power of mentorship in countless cases like this means that combined mentorship and EDI initiatives can create a phenomenon where a business's impact is more significant than its parts. The entrepreneur, guided by experienced mentors, injects an idea into a growing industry where other entrepreneurs can, in turn, innovate further.

Knowing Where to Turn

If you’re a business leader or entrepreneur who would like to create a more diverse team and take advantage of the power of EDI initiatives and mentorship, the Henry Bernick Entrepreneurship Centre (HBEC) at Georgian College can help.

We offer strong mentoring opportunities that can be tailored to help add diversity to your team and make a difference in the lives of underserved communities whose ideas can power innovation. To learn more about our mentorship opportunities for your business, contact us here. 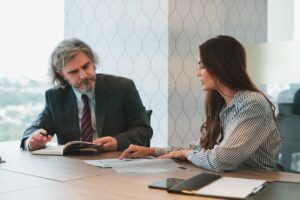 Working with an advisor is an exciting step in you…

Recommended Read How to Select an Advisor for Your New Company Working with an advisor is an exciting step in your new business journey, but 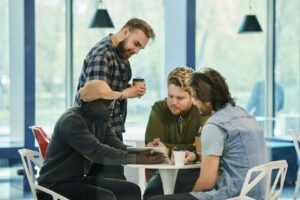 Why Mentorship for Underserved Communities is Critical

Underserved communities are a growing source of entrepreneurship, yet the opportunity for mentorship is limited within this communities. 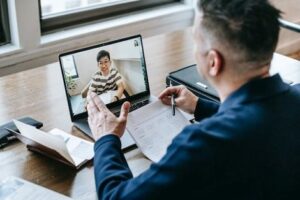 Startups have different needs than established buildings. These tools will help any new company gain valuable experience through the mentorship experience. 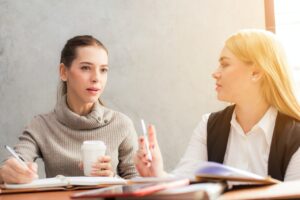 Your mentor is there to help you grow, so asking t…

Recommended Read Asking Your Mentor the Right Questions Your mentor is there to help you grow, so asking the right questions is extremely beneficial. By having

Mentoring is a powerful tool for new business leaders. Building a roadmap will help formalize the process and keep it on track.

By learning from successful real-world examples of…

Recommended Read Learning From Successful Mentorship Programs By learning from successful real-world examples of mentorship programs, you can gain an understanding of what works in 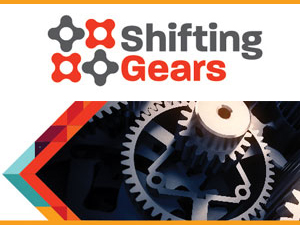